“You can never go home again, but the truth is you can never leave home, so it’s all right.” Maya Angelou

For what now seems too long, I want more than ever before to go home. My greatest challenge, as always is that my entire concept of home is tricky. 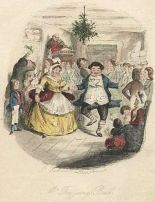 Typically, like Ebeneezer Scrooge’s happier visitations with the Ghost of Christmas Past, when I ponder home, warm feelings of Family Past flow into my fore thoughts. For me, however, debris and sometimes rusted car doors also flow in those treacherous waters. While I mastered those waters long ago, after years of “dealing with it,” it’s now a stale, old happenstance. I typically choose to move forward.

But I’m writing about my concept of home, so I’m going to remain in this stream for a moment.

Truth: My early life actually began in Pleasantville, U.S.A. The middle child of my parents’s first three offspring, we were blessed with three generations of a closely connected, devoted, loving and attentive family. After we all migrated to Arizona, we remained close. And then Quinn, my fourth sibling perished from a cold. Though my parents had three more children over the next five years, they never really recovered from the loss or the remorse and guilt that lurk silently in the shadows of such tragedies.

By the time I realized something about anything, my parents were no longer like the Cleavers or even the Conners. We slept, kept breathing, ate regularly, people came and went, so nothing was different. And yet nothing was the same. Gradually boarders and nannies replaced grandparents and aunts. Our new, extended family branched out in so many directions, my brother and I were prematurely independent – far too unsupervised for children our ages. In our family unit’s complexity we became more like a grove than a tree.

Truth: my siblings and I, naturally all true survivalists, have maneuvered around the globe longer than we’ve lived in the same states. For me, the concept of home has often been incorporeal, not too unlike those who endured migrations during the Great Depression. For the brief time I was an average schoolgirl, home was where I went after classes – when I didn’t play hooky. Home was dry, nobody was hungry, we knew where to find what we needed – and where to hide when we should.

“Love begins by taking care of the closest ones – the ones at home.”
Mother Teresa

“*Anyone who listens to my teaching and follows it is wise, like a person who builds a house on solid rock.” Matthew 7:24 (NLT)

3 responses to “My Strongest Conjuration Part 2”