Outrageous! (Unless, you know, it’s true)
Originally posted on The Power of Story, April 11, 2019 by Mitch Teemley: 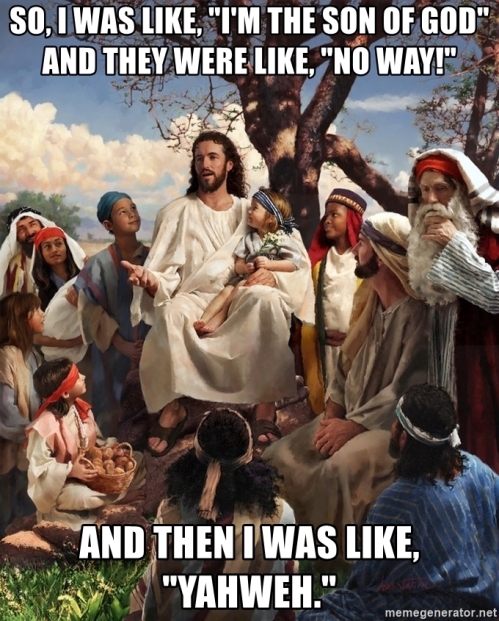 I don’t know who created the above meme, but I love its irreverent reverence. In fact I even LOL’d when I read it (something I rarely do in polite circles). I mean, I’ve been called a liar from time to time, and never once did it mean, “Dude, you’re totally deluded, but you’re still a great moral teacher.” It meant, Run! Always. So, yeah…

Jesus’ claims are truly outrageous (read what he says about himself in the Gospel of John). Unless they’re true. And then, well, OK, they’re still outrageous, but they’re also the most wonderful news we’ll ever hear. Because it means our Creator loves us so much that he chose to personally save us from the most out-of-control, destructive force ever to emerge on our planet–us.

“I am trying here to prevent anyone saying the really foolish thing that people often say about Him: ‘I’m ready to accept Jesus as a great moral teacher, but I don’t accept his claim to be God.’ That is the one thing we must not say. A man who was merely a man and said the sort of things Jesus said would not be a great moral teacher. He would either be a lunatic—on the level with the man who says he is a poached egg—or else he would be the Devil of Hell. You must make your choice. Either this man was, and is, the Son of God, or else a madman or something worse. You can shut him up for a fool, you can spit at him and kill him as a demon or you can fall at his feet and call him Lord and God, but let us not come with any patronizing nonsense about his being a great human teacher. He has not left that open to us. He did not intend to.”

Filed under Writing and Blogging