Many days I wonder if I’ll ever slow down and settle in – mostly when I’ve been writing about the three years before I arrived here at the ranch.

As I prepare to fly to Austin, Texas I say goodbye to the garden. Even though I’ll be away only a week, the end of the season is quickly approaching. Here days are shortening, nights and early mornings are cooling. The gelding and the steer are fluffing up with extra hair and the flowers seem desperate to soak in the sunshine while it lasts.

In Texas we’ll have almost three years to catch up on, so I expect to be road weary upon return. And then there’s that emotional roller coaster after another series of “see ya later” (we avoid saying “goodbye”). Perhaps after returning I’ll have a new perspective I’d missed before. And maybe by then I’ll have an even better grasp of why I must be so far from the rest of my heart again.

Though I can hardly wait to get there, thinking about the journey that brought me here seems appropriate. 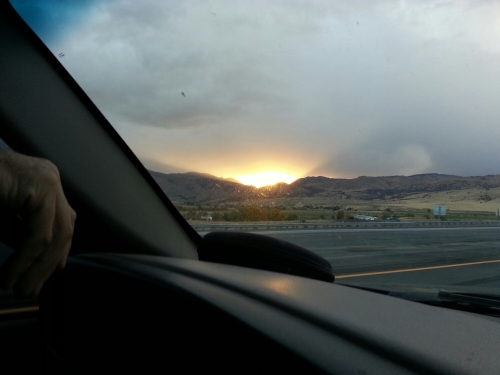 After a 28 hour turn-around for Cole, fifteen hours for me, I’m home. In my own cottage on my brother-from-another-mother‘s ranch. 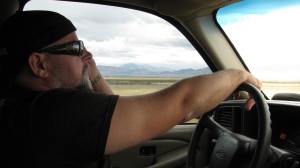 No internet in my cottage yet, no TV or even radio and I have a whopping 2G cell service – from the middle of the north pasture when I visit the cattle and the mare. It’s really not all that bad…

While I’m still buried in boxes.

Once I unpack and set up I’ll shop for better options. For now I’ll take my time and catch up with me – it’s been a long, hard three years.

Try to not miss me too much. ❤

“The Lord makes firm the steps of the one who delights in him; though he may stumble, he will not fall, for the Lord upholds him with his hand.” Psalm 37:23, 24 (NIV)